Bullies do exist in schools. That is a sad reality that children have to face. Even if they try to stay invisible, there are still bullies out there who would come up with anything just to make fun of them.

Perhaps, they have just had their braces from a dental clinic in Townsville or packed a few pounds over the summer. But the point is that trying to stay anonymous rarely works. Here are the things you should do instead to keep your kids safe from bullying.

Enrol them in a martial arts class

To be clear, the goal here is not to make your children become masters in kicking and punching opponents. The main objective here is to give them the confidence to face bullies.

Many kids fear bullies because they do not know how to react or defend themselves whenever they are being taunted. Bullies, in turn, see kids who get scared easily as easy targets. So, when children know the basics of self-defence, their fear lessens and the bullies at school will recognise that.

The best kind of martial arts for kids would be Brazilian Jiu-Jitsu. This martial art teaches students that in order to win a fight, you do not need to be stronger or faster than your opponent. You only need to master the techniques and stay calm during the fight.

Also, Brazilian Jiu-jitsu does not focus heavily on kicking and punching. Instead, it focuses more on subduing the opponent through arm locks, leg locks, and pinning the person on the floor. It is a lot safer as compared to other martial arts like Muay Thai, where you use your elbows to incapacitate an opponent.

Bullies often pick easy targets in a large crowd. Whenever they look across a room, they look for those who seem to stoop frequently or hunch their bodies. That is because in their minds, these kids are easy pickings.

Teach your children to stand tall and look everyone in the eye when they enter a room. Teach them to maintain a clear voice when they speak. It is important that bullies recognise the confidence in a child’s voice.

Remind them to stay with a group 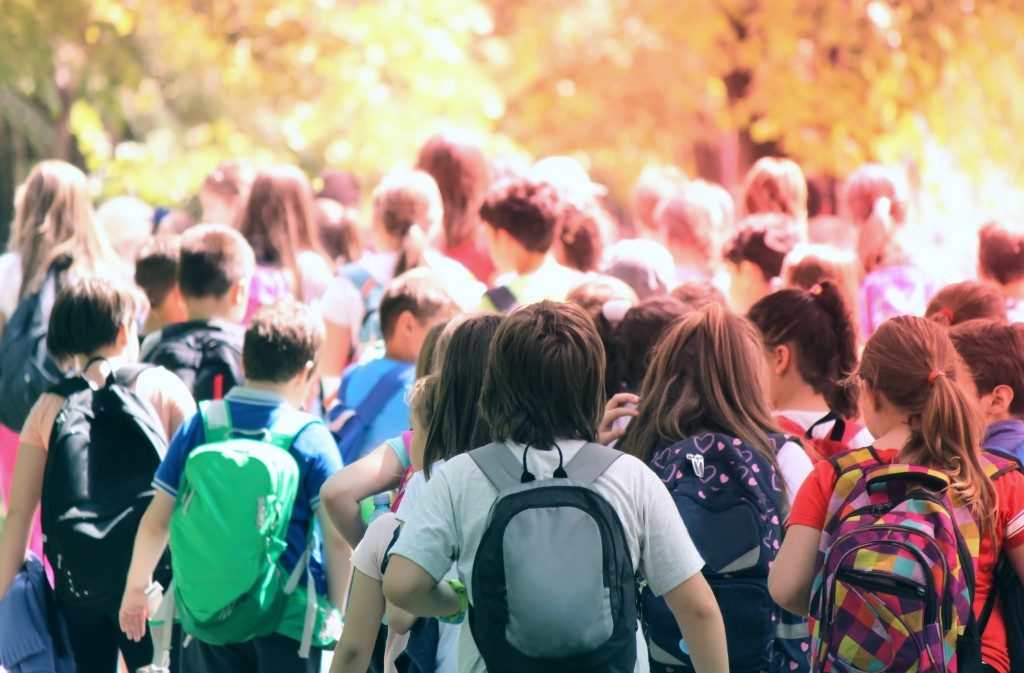 Bullies also often target children who are alone because it is easier to pick on someone who does not have a friend to help him fend off bullies. So, tell your kids to stay with their group of friends as much as possible.

If they have only a few friends or are still having a hard time making new friends, tell them to at least steer clear of areas where most of the bullies often hang out.

Being ridiculed in front of everyone in the classroom can be deeply humiliating and hurtful for every child. But sometimes, bullies stop jeering other people when they realise that their taunts and jokes have no effect. So, if your kids can ignore the bullies at school, then ask them to do so and the bullies might just stop teasing them.