Many skin problems are not only annoying but are also painful. One of these is psoriasis. Not a lot are aware that it can also exist alongside arthritis. But what’s the link between the two?

The word “arthritis” means inflammation of the joint. There are more than 100 types of arthritis and related conditions, including:

It is a type of wear-and-tear arthritis. It happens when the cartilage — the tough, flexible tissue that acts as a cushion between bones — wears down over time. Osteoarthritis most often affects the knees, hips, and other weight-bearing joints.

It is a chronic autoimmune disease. Rheumatoid arthritis (RA) is a condition that causes pain and swelling in the joints, especially the smaller joints of the hands and feet.

The main symptom is usually persistent joint pain — often severe — accompanied by fatigue, stiffness, and loss of function. Most people with rheumatoid arthritis use therapies to reduce inflammation, relieve pain, and maintain function.

This is a type of arthritis caused by the buildup of uric acid, a by-product of certain foods (especially organ meats, shellfish, and yeast), and the breakdown of cells. The uric acid collects around your big toe, ankle, or knee joints and causes a gout attack.

Gout can feel like a heaviness, throbbing, and pain as the swollen joint fills with fluid (called an acute attack). As uric acid levels return to normal, symptoms usually fade. Some people have attacks that last for days or weeks; others never experience another attack. Repeated attacks can cause permanent damage to the joints.

What Is Psoriatic Arthritis?

While there are many types of arthritis, one of the interesting ones is psoriatic arthritis, a type of inflammatory arthritis. This one causes pain and stiffness in the joints, back, and sometimes other areas such as the skin and eyes.

It most often affects people who have psoriasis, an autoimmune disease that causes inflammation and red scaly patches to appear on the skin. In fact, according to the National Psoriasis Foundation, around 30 percent of people with this skin condition also develop psoriatic arthritis.

Psoriatic arthritis can damage joints and other tissues throughout the body, such as the spine, heart, peripheral nerves (the nerves that run outside the spine), liver and bile ducts (tubes that carry bile from your liver to your gallbladder and small intestine), skin, eyes, and mouth.

What’s the Connection Between Arthritis and Psoriasis? 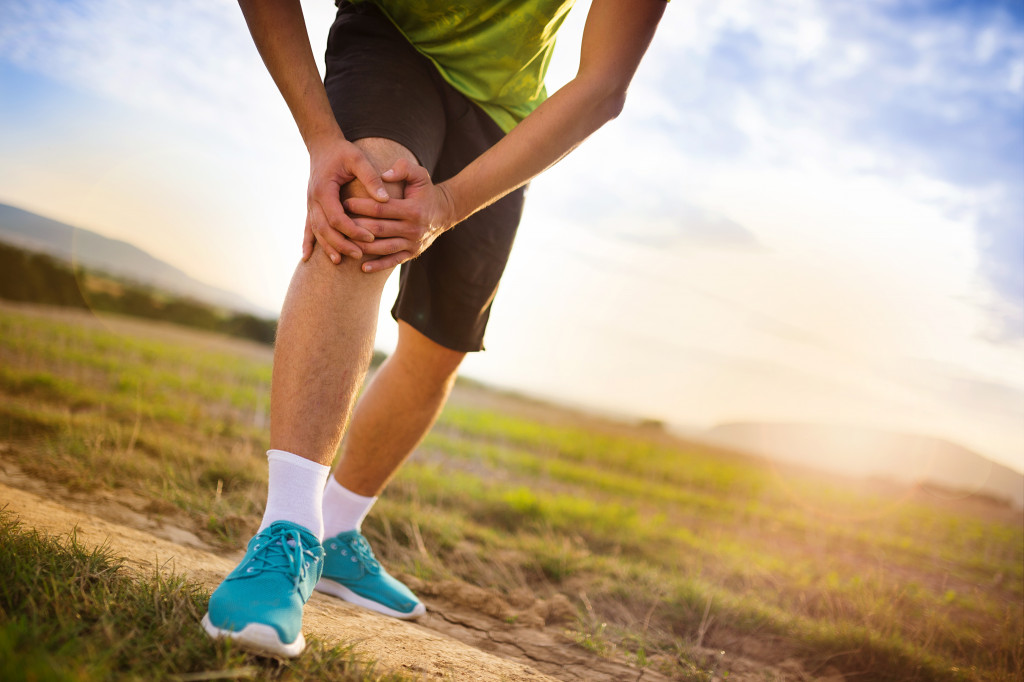 Many diseases, despite being more known, are not easily understood. The connection between psoriasis and arthritis is one of them. However, some believe that the following may have an effect:

People with psoriasis are about 100 times more likely to have psoriatic arthritis than those without psoriasis. Certain genes may play a role in both diseases.

One cause of both conditions might be an overactive immune system that mistakenly attacks healthy cells. In the case of arthritis, the immune system attacks the joints. In psoriasis, it attacks skin cells. Studies also showed that having one autoimmune disease could make you prone to others.

In both diseases, immune system chemicals cause inflammation that can damage tissues, and people with either condition may have similar symptoms such as joint pain, stiffness, swollen fingers and toes, and fatigue.

Psoriatic arthritis is treated the same way as other types of arthritis, usually with anti-inflammatory medications combined with pain relievers and physical therapy. For mild psoriasis, topical treatments like creams or ointments may be effective. More serious cases may require a combination of oral and topical medications.

People with psoriatic arthritis often need to take a medication that reduces swelling and inflammation, such as methotrexate. Some people with psoriasis can also benefit from taking some of the same medications used for rheumatoid arthritis, including sulfasalazine (Azulfidine), leflunomide (Arava), and others.

Simple lifestyle changes can make it easier to cope with both diseases:

Although there isn’t one specific cause that links psoriasis and arthritis, researchers believe that genes play a role in both. Autoimmunity might be the underlying problem in both diseases.

Either way, treatments for psoriatic arthritis are typically the same as treatments for other types of arthritis. Take good care of yourself by eating healthy foods, getting plenty of exercise and sleep, protecting your joints, and managing psoriasis.