Any business connected to drainage or water pipe needs to be more proactive in assessing its condition. Anything that ends up to it, such as food scraps or even tube caps, can cause damage in the long run. It can wear down the material, for example. If it breaks or leaks, it becomes a massive plumbing issue.

But businesses have a more significant concern than a busted pipe: the possible growth of harmful bacteria. These can ultimately result in diseases that can even be fatal.

The Problem with Bacteria

Businesses such as healthcare facilities and restaurants need to pay attention to what ends up inside the pipe. They should even implement measures to reduce the wastes that end up in sewers, including installing a commercial sink strainer.

In 2017, Virginia researchers released a study that revealed how bacteria travel inside pipes and contaminate the sinks. For their experiment, they mimicked the sink and pipe system of healthcare facilities. They connected a row of sinks that drain to one pipe. They then introduced harmless fluorescent bacteria into the p-traps or the U-pipes underneath the sinks.

They also fed these bacteria with nutrient broth. This liquid acted as a substitute for beverages and other types of hospital fluids. Upon their analysis, they discovered that the bacteria in the pipe flourished at a rate of more than two centimeters a day. Eventually, they contaminated the covers of the sink drains. Water that runs through the faucet also spread the bacteria to the countertop and the bowl.

They also learned that even with no nutrients, the bacteria could still thrive with the help of running water. In only seven days, bacteria from one sink spread to three more. 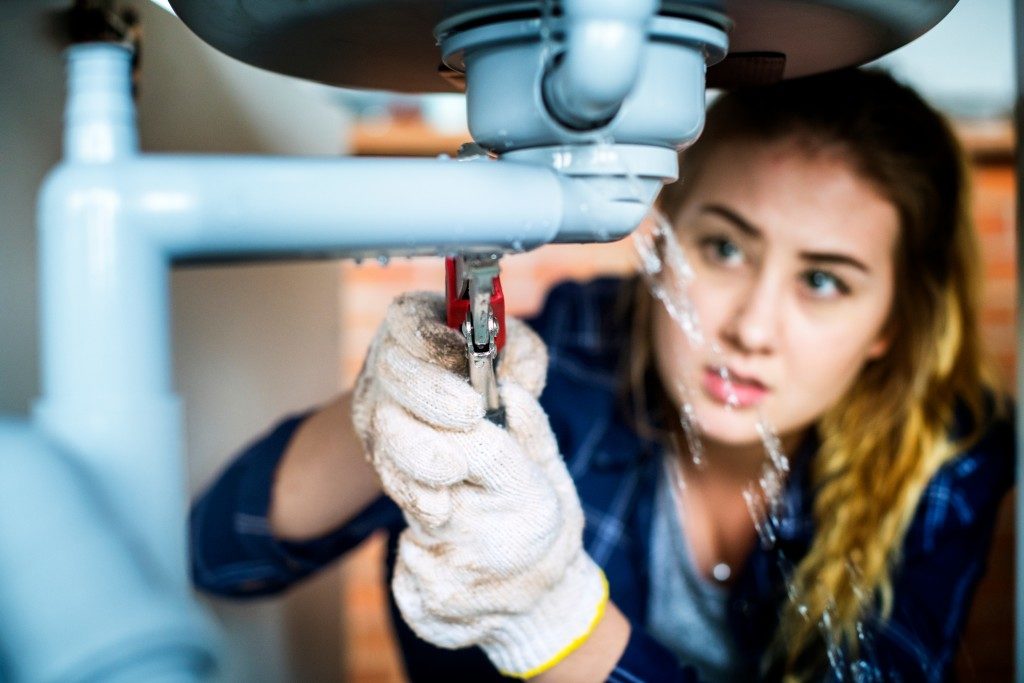 The Impact of the Study

Although the study has limitations, the implications are significant. Spaces such as hospitals, schools, and restaurants are breeding grounds for bacteria due to human traffic, types of debris, and environmental exposure.

In healthcare facilities alone, more than 600,000 people develop infections. About 75,000 of them would die, based on the data from the Centers for Disease Control and Prevention (CDC). Worse, some of these bacteria might be superbugs. These are types of pathogens that won’t react to common or existing kinds of antibiotics.

Meanwhile, the CDC shared that foodborne illnesses can affect 48 million people each year. More than 120,000 of them will need hospitalization while 3,000 will eventually die.

The body has the mechanism to fight infections. That’s what the immune system does. The problem is, in hospitals, a person’s immunity is already compromised. When faced with less-familiar threats, such as superbugs, it might not have the tools to control them.

Foodborne illnesses are also not uncommon, and many can experience them without severe symptoms. For some populations, however, they can be life-threatening. These include babies and children, older adults, and people with weak immune systems.

Some factors can be out of control for businesses, but many of them are. These can include wearing the proper equipment, disposing the waste properly, and reducing the debris that ends up inside sinks and pipes. These are changes that create a significant positive impact on health and well-being.