With these pieces of information, it’s critical to know just how important it is for homeowners to be proactive in avoiding fire incidents at home. The majority of residential fire occurrences are perfectly preventable and do not require a substantial amount to perform, so there’s no reason why property owners should seem powerless over the matter.

Take inspiration from these five cost-efficient ways to prevent fire incidents at home:

In the UK and in many other countries, it is required to have homes undergo periodic electrical installation (EICR) inspection. This is to ensure that the electrical systems in residential properties are up to safety standards to proactively avoid fire incidents. And when having your scheduled electrical inspections, you must hire only a licensed electrician to be sure that the inspection will be done properly and in absolute compliance with relevant government regulations.

A lot of homeowners are not aware that electrical appliances that are plugged in are silently consuming electricity even when they’re not turned on. This is called phantom connection and is something that not only leads to wasteful electrical consumption and but also increases the risk of residential fire when the plugged appliances suddenly overheat and had an electrical surge. These are the reasons why unplugging all unused electrical appliances is like hitting two birds with a single stone.

3. Use a surge protector

Speaking of electrical surges, one way of preventing a fire from occurring in your home is to use a surge protector when plugging in your appliances. Electrical surges do happen and when they do, electrical appliances whose capacity is way below the surge that occurred are at a high risk of exploding or catching fire. There are numerous power strips that you can buy right now with a built-in surge protector in them. They may cost more than the usual power strips but the protection they offer more than make up for the price difference.

4. Invest in high-quality smoke and carbon monoxide detectors and test them periodically

Smoke and carbon monoxide detectors act as passive safety numbers against potentially fatal and explosive residential fire. These devices usually come with an alarm that alerts home occupants about the presence of smoke or carbon monoxide which typically signals a fire starting or a hazardous leaking of fuel that could lead to a fire. However, it’s not enough that they are installed but monitored periodically as well. By doing these regular checkups of your smoke and carbon monoxide detectors at home, you’ll know if they are working perfectly or they have to be serviced or repaired already. 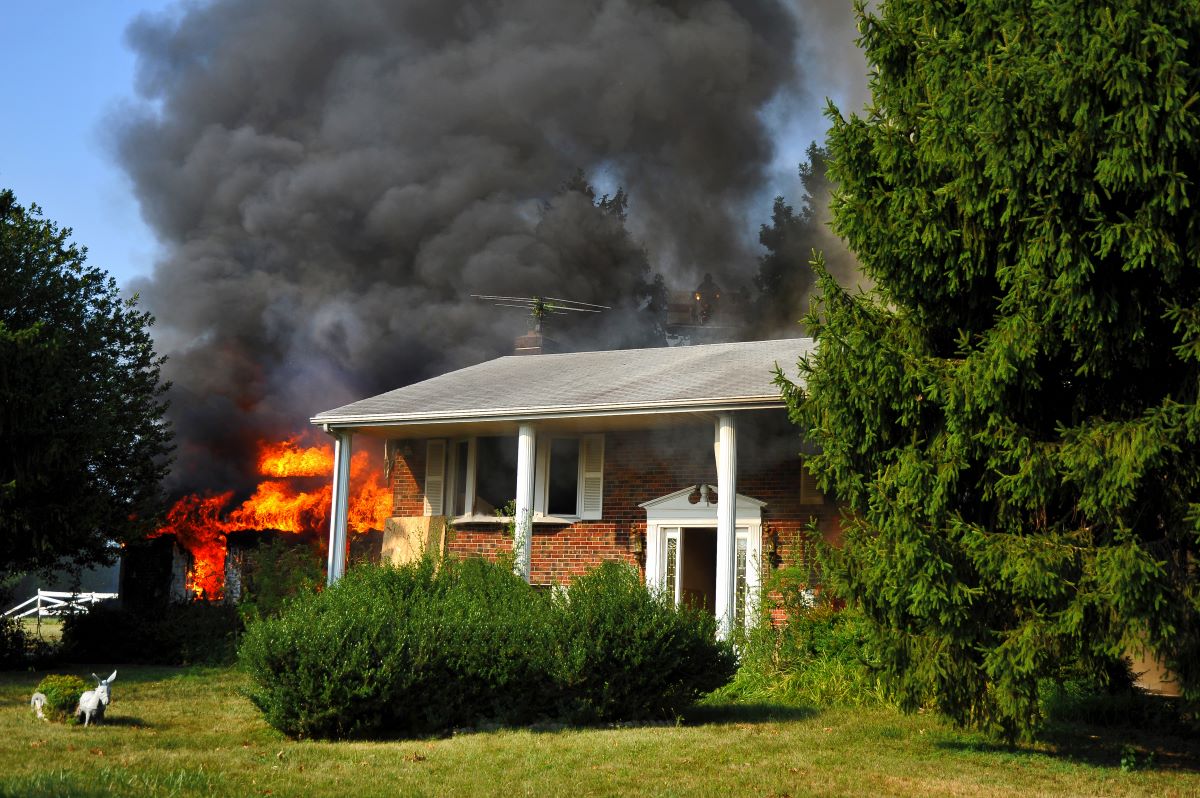 5. Keep an eye on all potential fire sources

Another cost-efficient way of preventing fire at home is to monitor everything in your home that could cause a fire. These include candles, flammable liquids, firewood, and cigarette butts. These could cause flammable materials around to catch fire rapidly or gradually, so you must always be on the lookout for them. If you have small kids who might play with them and accidentally cause a fire, the easiest thing to do is to keep these things out of their reach in a cool and dry place.

Keep in mind that a fire could occur at any given moment and under any circumstance, so you have to be proactive in preventing it. With these five tricks, it should easier for you to do.