If you fancy one, you need to see a blacksmith.

Blacksmiths are the artisans of the metal world. Using steel or wrought iron, they can create an object by forging using a hammer. There may be other metalworkers who can repair gates, railings, but blacksmiths have a wider grasp of how to bend metal to their will, or in this case, yours as the customer.

The “black” in blacksmith is in reference to the ‘black fire scale’, a layer of oxides that heating produces on the surface of the metal. The word “smith” has experts debating, some saying that it is Old English for smythe or to strike. Others sayit is German in origin—smithaz or skilled worker. Whatever the case may be, you can be sure that those wrought iron railing in Beverly Hills and other posh locations were products of a blacksmith’s skills. 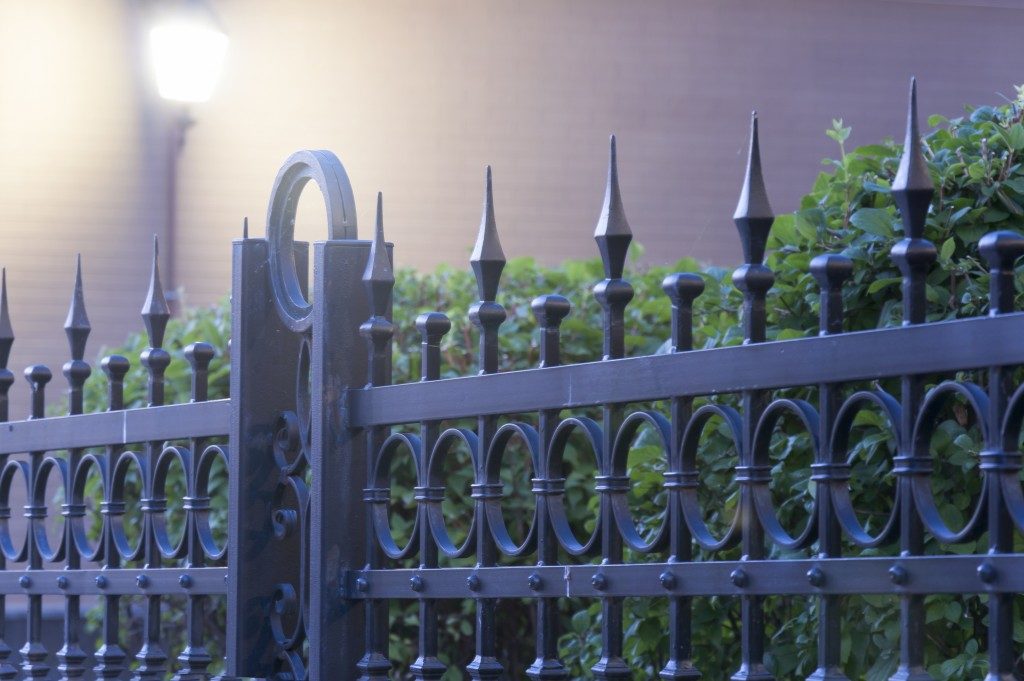 The process starts with the heating of wrought iron (or steel) in a furnace, which is called ‘forge’ in blacksmithing tradition. This is done until the wrought iron is pliable enough that it can be shaped using tools such as a hammer, anvil, and chisel.

To determine the metal’s workability, the blacksmith relies on the color of the iron as it is being heated. First it glows red, followed by orange, then yellow and lastly, white. The higher the temperature, the lighter it glows. The ideal temperature for forging lies between bright yellow to orange. This is done indoors where lighting is consistent because sunlight could obscure the actual colors. The wrong working temperature could produce a weak iron.

Next is the actual forging or shaping of the iron into the desired shape. This is done using an anvil and a hammer. To speed up the process, and if the shape is not overly complicated, some blacksmiths use the modern hydraulic metal press. In the hands of a skilled blacksmith, iron or metal is like clay that can be molded into any shape they desire.

Another method used in blacksmithing is welding, which is the joining of two similar metals. Again, color is key to welding two pieces of metal successfully. If an oxide forms in the weld, it could weaken the metal or iron and cause it to fail. To ensure uniform heat, the metal is left in the fire without letting the surrounding air make contact with the part being heated, as air can rapidly oxidize the metal and weaken it.

If both pieces are glowing in the same color, the blacksmith will transfer both to an anvil and fuse the ‘faces’ of the metal objects together. Once done, it will be reheated to welding temperature, allow it to ‘set’, and start molding it to shape.

During finishing, the blacksmith has a number of options, which largely depends on the intended use for the piece. It could be smoothened and polished, treated with chemicals to prevent oxidation or change the look, or heat-treated for further hardening. Afterward, the pieces can be painted, varnished, or waxed with oil.