As the song goes, to begin a community, it has to begin with you. The idea of a group of persons moving toward one goal, or agreeing on one idea, is not such a traditional notion. It only takes a person with the right motivation to create the so-called ‘blaze’ that would set the community building into motion.

It’s easy to start the community building within yourself, but the real effort comes in getting everyone to chip into the effort. The challenge here is to let everyone buy into your idea or the idea of the petition starter. The most common (and often easiest) way to build a community is to pitch the idea of connection to your town or the local school — as they say, you have to start somewhere.

Even with a group of people, making this idea succeed is still a little tricky. The thing is to get everyone in on the idea. One of the easiest ways to do this is through activities that get everyone together. Which activities are these? Take a look:

From the School to the Streets

It’s easier to start the idea of community within friends, and where else can you get a group of people with the same ideas than in school? It could start with the PTA or parent-teachers association. Getting them to contribute and pitch into the idea of community is easier because the association can already be viewed as a small community. From there, it’s relatively easy to take this idea of togetherness as a community from the halls of the PTA and into the town.

A Town Cookout? Count Me In

Getting everyone in town to join a community of like-minded people sounds like a challenge, but it’s easier if it’s done in a relaxed setting. For instance, host a barbecue! With everyone relaxed and enjoying, it will be easier to pitch them the idea of helping one another. While you will still have some who might disagree or answer ‘no, thanks,’ having them relaxed will help you at least make them consider the idea. You might find some who answered ‘no’ may retract it to the field in a ‘yes’ eventually. 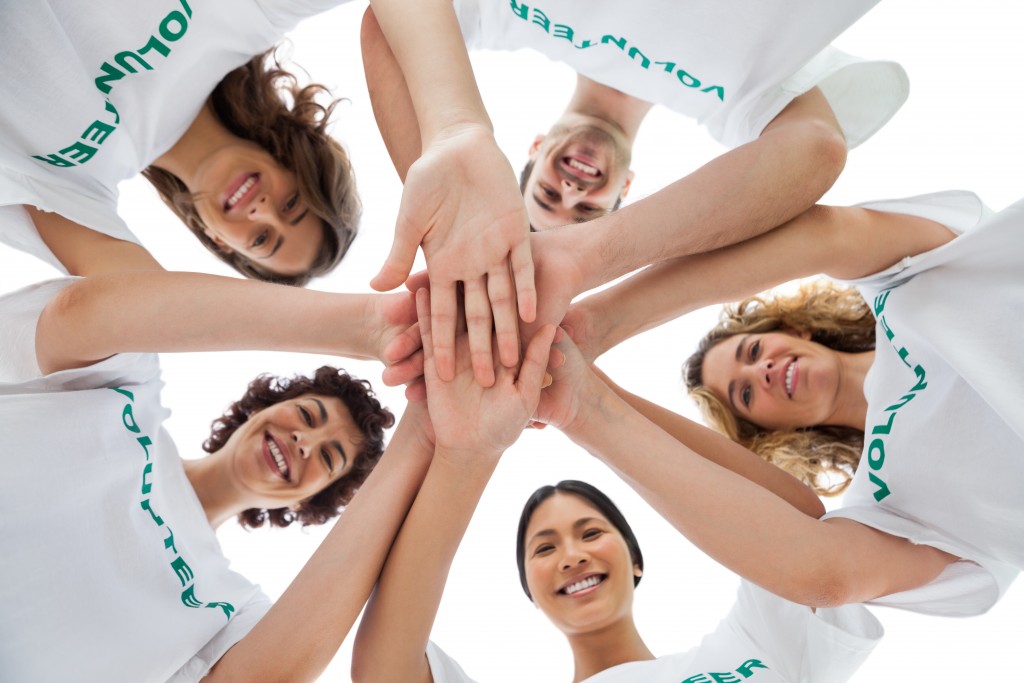 What else is better than pitching the idea in a barbecue or a relaxed setting? Getting everyone to see the community at work through volunteer drives. Getting everyone to join a volunteer home building activity is easier and helpful, especially if you live in a town where most people aren’t financially secure. From helping in small chores like garage floor repair to re-building a crumbling small home from the ground up, you’ll be able to show them how the community will eventually work and help each other on their feet.

A Party to Drive The Idea Home

Next to a town barbecue, a party where everyone in the town or community is invited is a big help. A lot of preparation can be involved here, and a lot of money is also required, but that can be raised by doing other activities. In raising funds, you might also find that you’re already getting together as a community. In trying to provide entertainment and a relaxed environment where you can pitch the idea of community easily, you might surprise yourself by already pitching the idea through these activities.

Community means helping each other get to equal terms without asking for something back. Schools and towns become a community by first thinking more about ‘we’ rather than ‘me.’ It also starts with one person — usually you — to get the idea of an interconnected community rolling. Consider these ideas, especially if you think that your town or school requires a ‘reinvention’ of sorts. Who knows, you might find some pleasant surprises like more like-minded persons who’ll join your effort!