As you’re calling your repairman to do some air conditioning maintenance, you might wonder how people cooled their houses back when the air conditioning hasn’t existed yet. It may be hard to figure out how our ancestors kept the summer heat from making their homes unbearably hot without air conditioning, but they were able to do exactly that. And the ways they came up with to dispel the heat were pretty ingenious.

So, read on and learn how our ancestors could stay chill inside their homes when technology hasn’t invented the machines we rely heavily on to keep us cool. You might even want to try some things our ancestors did to stay cool.

You might find this one ridiculous, but if you think about it, living underground is as practical as it can get to stay cool. When you’re above ground, the sun’s rays are directly hitting you, but when you go underground, you have the soil to bar those rays from cooking your skin.

So, people back then used to live in caves to get rid of the heat. It’s the reason why anthropologists discover thousands of caves that showed evidence people used to live in them. They’re cool, stable, and capable of shielding people from the elements.

After several years, even when houses were invented, people still found it useful to live underground because it helped them stay cool during summer. Some civilizations even built their cities underground, in caves, to keep their people cool.

When it became more convenient to live above ground and inside houses, people back then brought some wisdom of the cavemen into their homes. People built houses with thick walls to ward off the heat. In fact, a lot of ancient homes had stone walls because stones are effective heat conductors. Even when the summer heat is at its peak, houses back then were cool inside due to the thick stone walls. 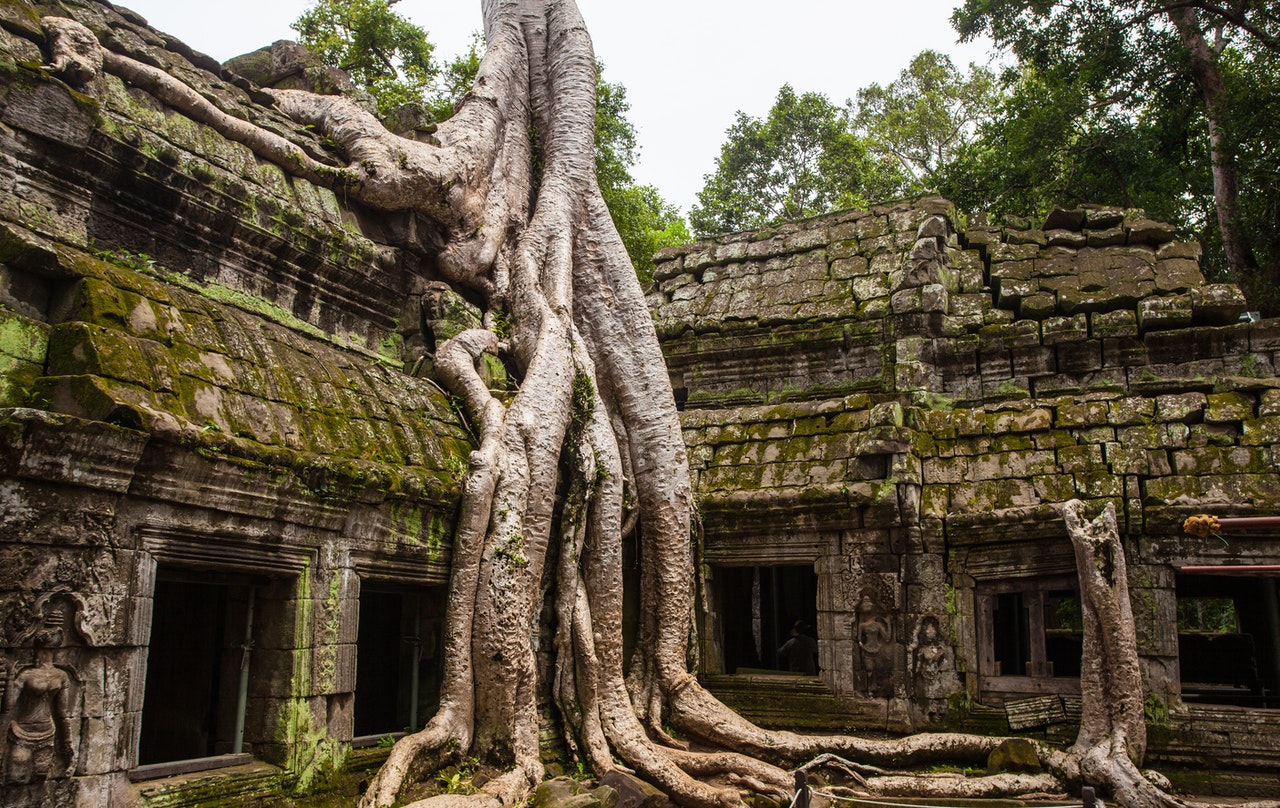 People back then used to keep their homes cool during summer to build their houses near trees. Or, after building their homes, they planted plenty of deciduous trees around their yard so that when they grow, they’ll be able to ward off the sun’s rays.

If you go around the southern states, you’ll notice that the large ancient mansions they have there often have high ceilings. That’s because having high ceilings in your home can make your living room a lot cooler during summer.

People back then understood the mechanics of heat transfer, and they knew that when warm air enters a room, the heat will always rise to the ceiling. That is why they built houses with high ceilings so that the heat will have lots of room up above to go to, while the lower part of the house remains cool.

This is also the reason why firefighters instruct people to crawl on the floor when they’re inside a burning building. It’s because the heat and smoke will rise to the ceiling, while the floor will stay relatively cooler and smoke-free. So you can get out of the building with minimal injuries if you crawl on the floor.

So, even though people back then didn’t have air conditioning to help them stay cool during summer, they could still chill out. They’re still practical and applicable to today’s homes, and perhaps you might want to use some of their ideas if you want to lower your electric bills.