All of us will need to sleep at some point in the day. A good night’s sleep is not just a necessity for adults working 8 hours in a day, but it’s also needed by kids who are still growing; this is especially true for children who focus more on learning. To complete tasks, children will require 100% of their attention span.

The best way of ensuring that they are ready for the day? Having a good night’s sleep is one of the healthiest habits for children. The last thing that a parent wants is getting a call from school that their child is having a more challenging time concentrating.

There’s going to be times that children are just too playful, and they want to stay up longer in the evening so that they can watch their favorite TV shows, play more video games, or have fun with their siblings. But when it’s already past their bedtime, this can often mess up their sleeping schedule.

Why Should Children Sleep?

Even though we always tell our children that sleep is a healthy habit that needs to be practiced every day, much of our modern lifestyles have a negative impact on the sleeping habits of not just children but also in adults. For most adults, having a packed schedule can mean that there’s less time for children.

Children might have to partake in extracurricular activities and homework right after school, which can cut down on the time that’s supposed to be for relaxation. Most of the time, having no downtime for relaxation can affect children’s sleeping cycle, especially when they have to stay up knowing that their parents are also working late at night.

As most findings would suggest, a child will need more sleep than the average adult. As most adults will need at least 6 – 8 hours of sleep, a child will often need 9 to 11 hours of sleep to function in an optimized condition. That means that if they need to get up at 7 AM, they might have to sleep at around 9 PM.

Since sleep is vital in our child’s daily performance, it’s only logical that we set strict rules for bedtime. By establishing a bed schedule, it’s easier to help your child rest, fall asleep, and get into a state where their body can rest properly. It’s important to note that children should always adhere to these sleeping schedules since having a disturbed pattern or even lack of sleep can lead to behavioral problems and learning complications.

Here are some simple and effective ways of developing a sleeping schedule that your children will be able to carry into their maturity. 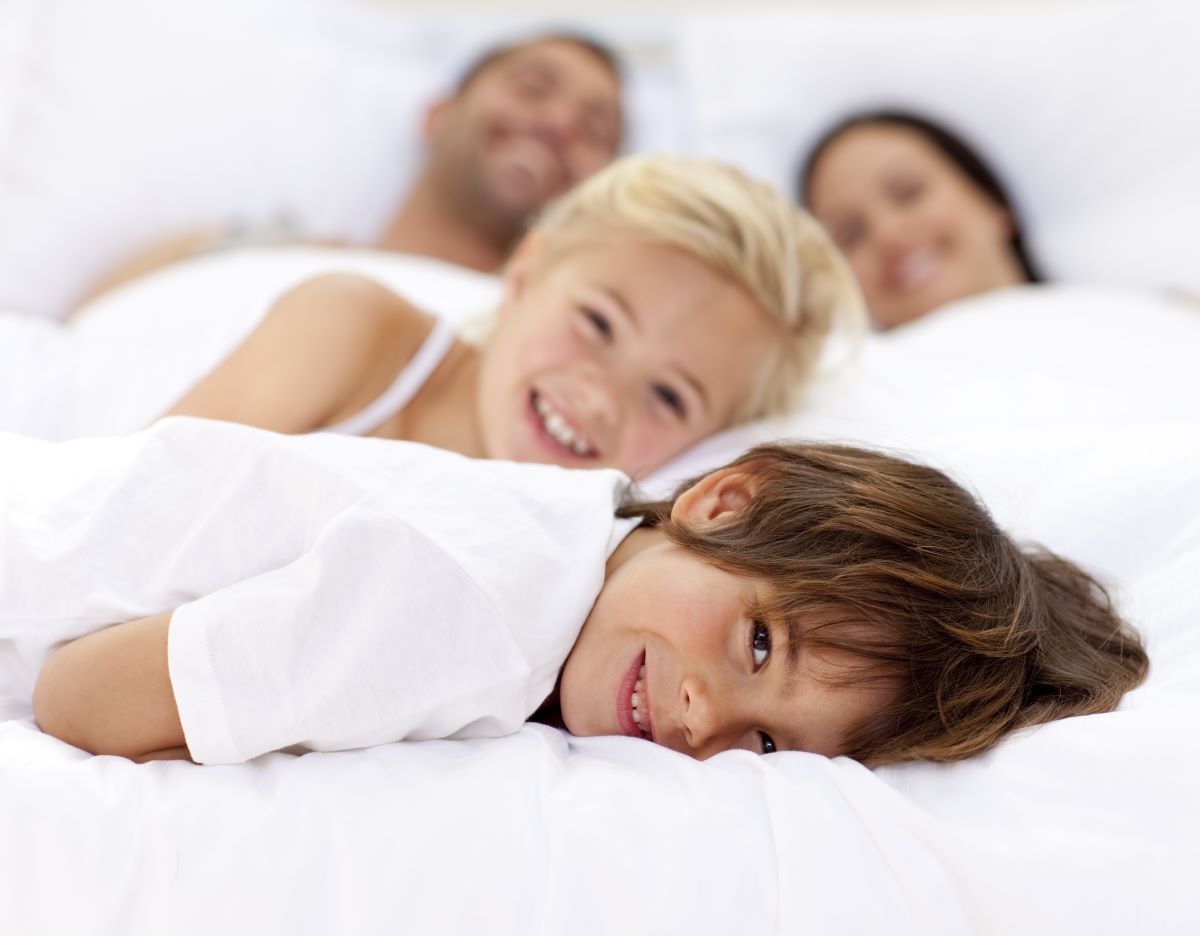 No Evening and Late Afternoon Naps

Sleeping early on in the afternoon is an excellent way of getting some energy back. However, late-afternoon siestas and naps can mess up a person’s sleeping schedule. Your children will be too energized from taking a nap that they won’t be able to sleep. The best way to give your child a good night’s sleep is by letting them burn through all of that excess energy. By later on in the day, they’ll already have burned through enough energy that they’ll be able to sleep well later in the evening.

One of the best ways of improving sleep for your children is by having warm temperatures for your room. Most areas of the United States will have a temperature climate, which means that the weather can get cold at night.

It’s important to note that caffeine does not have any detrimental effects on children, as many would assume. However, caffeine can keep children up at night, which might be counter-intuitive. Instead, you can give them warm milk.

Putting a Curfew on Devices

Often, children will play with their mobile phones and consoles even if they’re in bed. You must set a limit for these devices that are known for stimulating children’s attention.

It’s also known that artificial lighting from screens can usually suppress melatonin production, which helps most individuals sleep better. If needed, you can turn off your wireless internet connection until the next day.

A good night’s sleep plays a crucial role in the growth of your kids. Most of the time, problems with behavior stem from the lack of sleep, so it’s only appropriate that you give your child enough time to rest and recuperate. If a lot of work is burning out your child, you might have to provide them with some time off their studies and let them play outside. After all, all work and no play can make Jack a dull boy.